VICE / THUMP: Fascinoma one of the best festivals of 2016

We’re thrilled that VICE / Thump included our Fascinoma festival on their list of the best festivals for 2016! Here’s what they had to say…

The first installment of Mexico’s Fascinoma was proof that festivals can still be about the music. The modest, two-day getaway took place at resort in Atlixco, Puebla—a small city three hours outside of Mexico City—and divided programming across a pair of stages and a couple scattered bars. Food was available at the resort’s own restaurant, so you didn’t have to face the peril of choice between 20 different food trucks and break the bank.

That simplicity made the music even easier to enjoy, since there was nothing to distract you from the Fascinoma’s diverse lineup of international stars—among them, Mala, Gaslamp Killer, Palms Trax, Kode 9, Larry Heard—and homegrown talents, like Siete Catorce and White Visitation. In other words, you were free to get lost in the tunes, rather than the sprawling campgrounds. 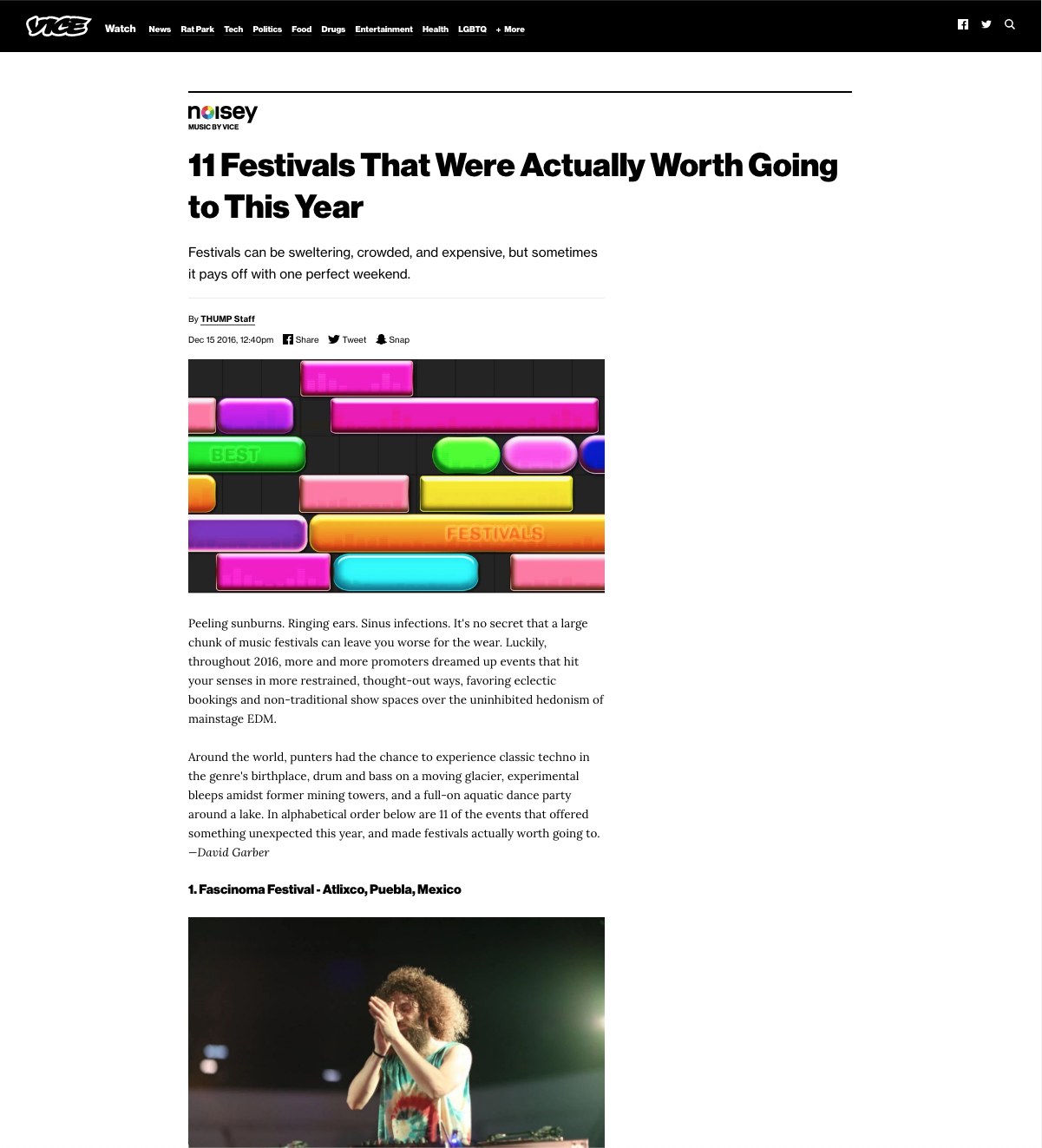